Here's just a dose of the madness that transpired on the last day of the Reunion,
SEPTEMBER 3 SETTEMBRE, 2005 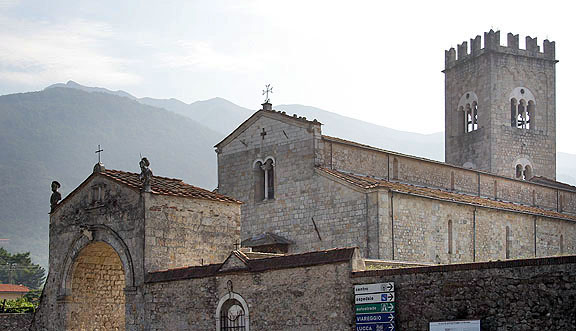 CATHOLIC MASS AT THE ANCIENT CHURCH OF THE BADIA: Saturday morning 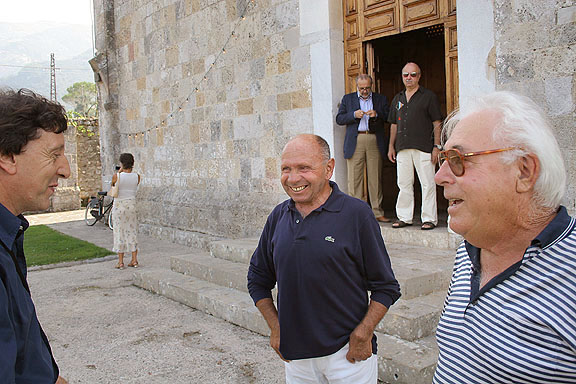 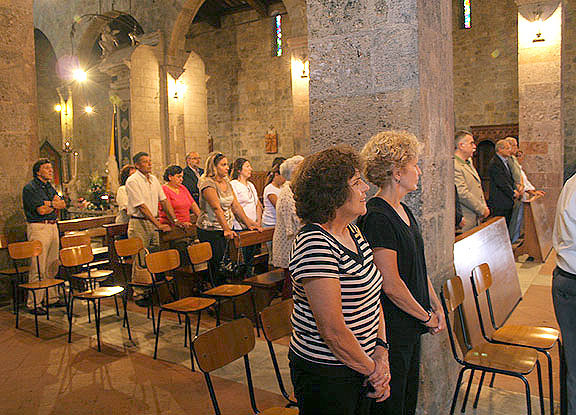 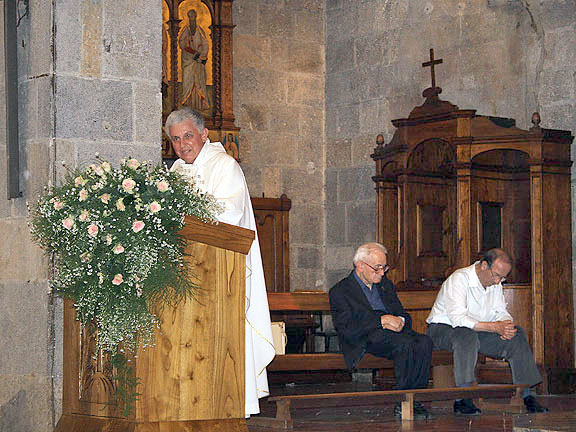 Father Gary Lombardi kicks it off 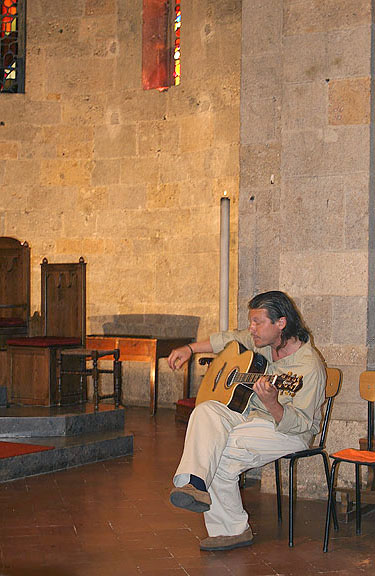 Luis provided the music, and the acoustics in the church were glorious - I only got this one terrible photo! 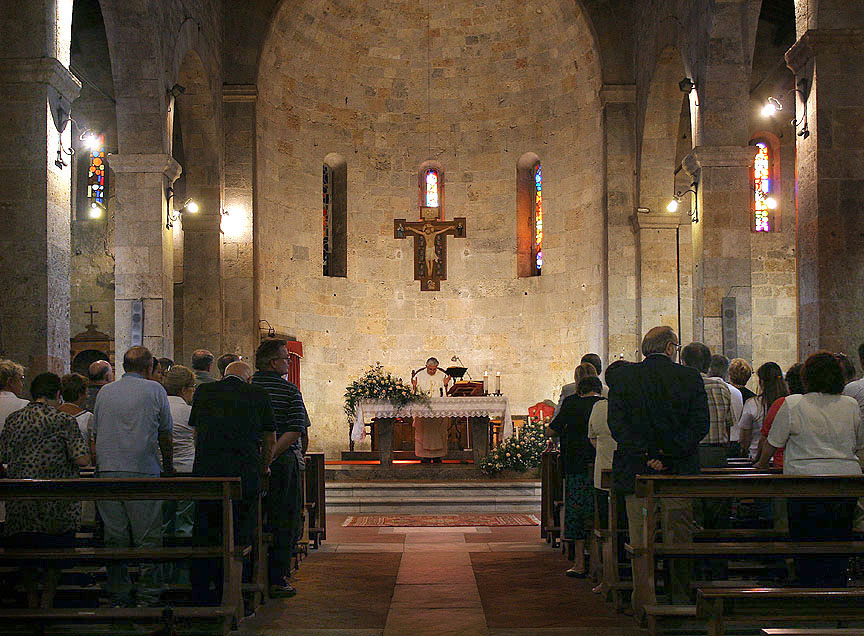 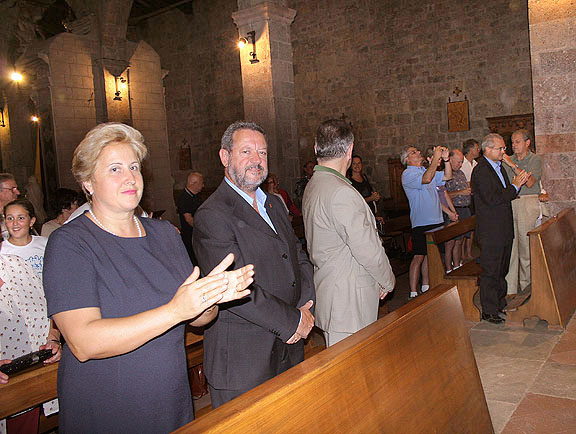 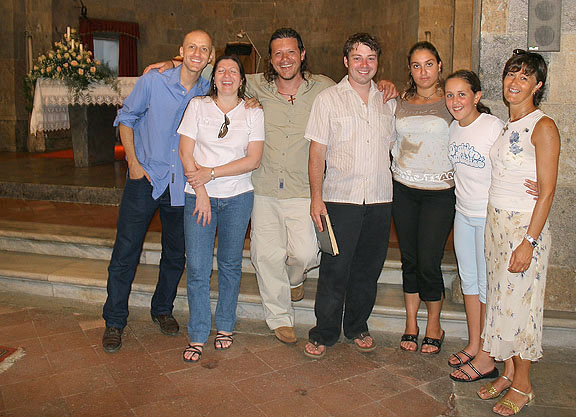 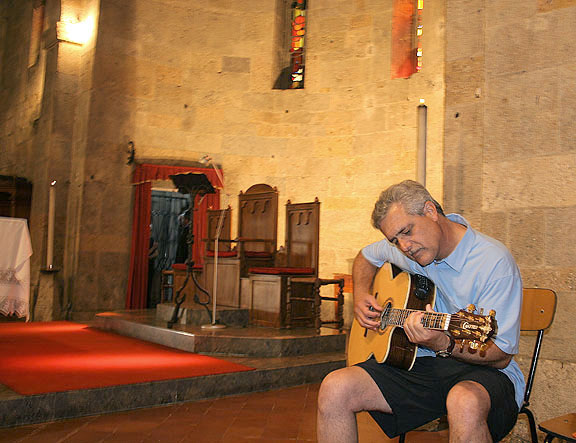 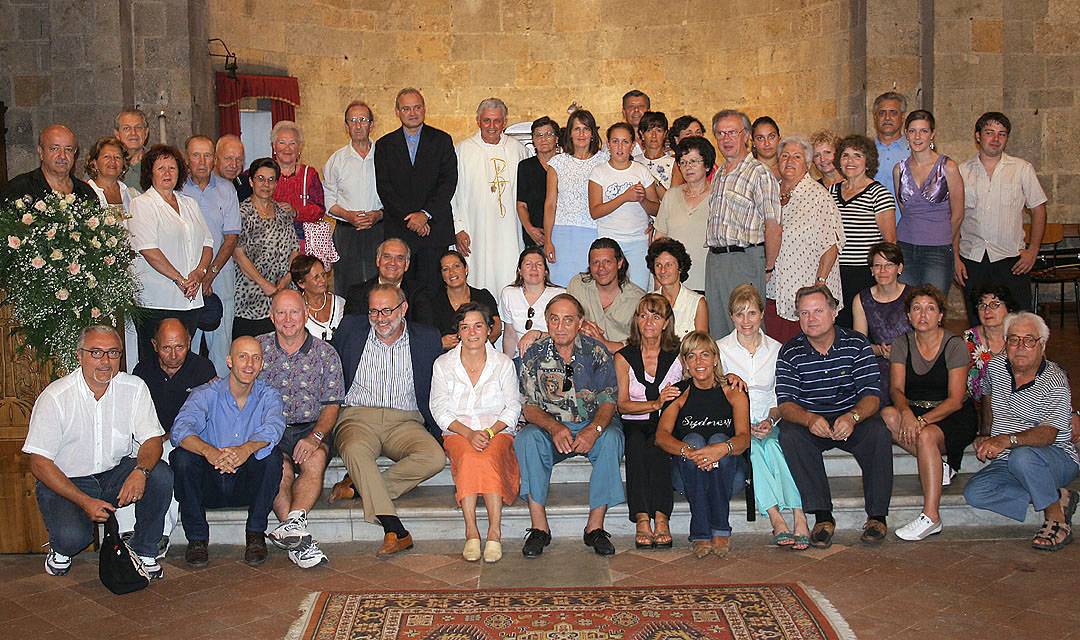 All Bonuccelli that will be going to heaven 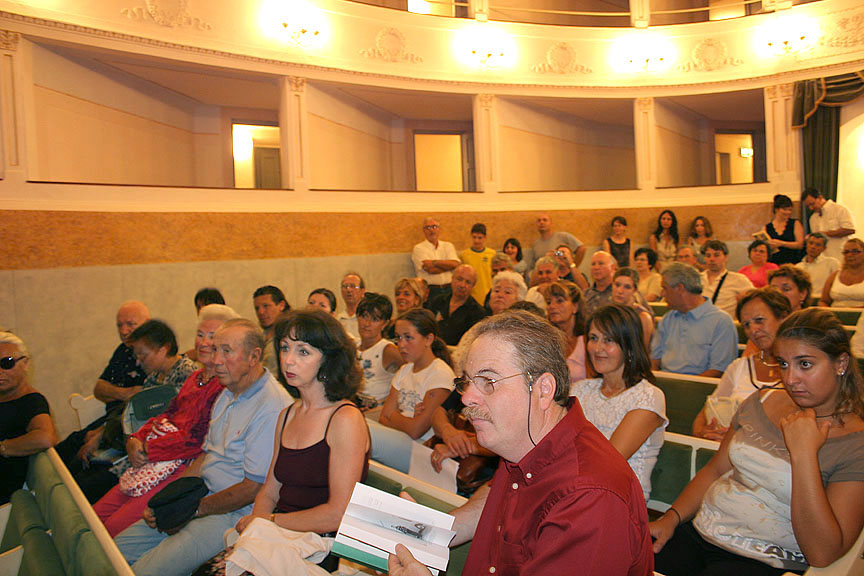 AWARDS CEREMONY AND COCKTAILS at the TEATRO D'OLIVO, Camaiore 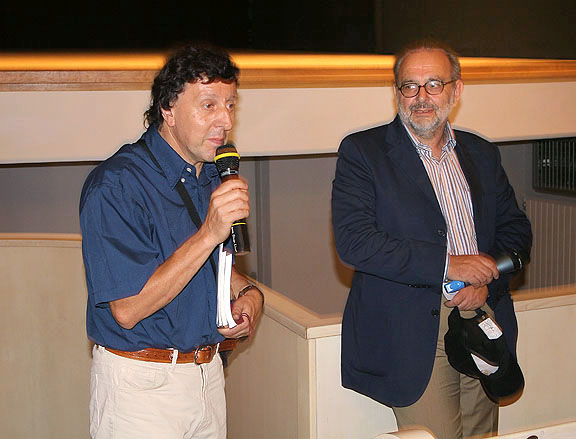 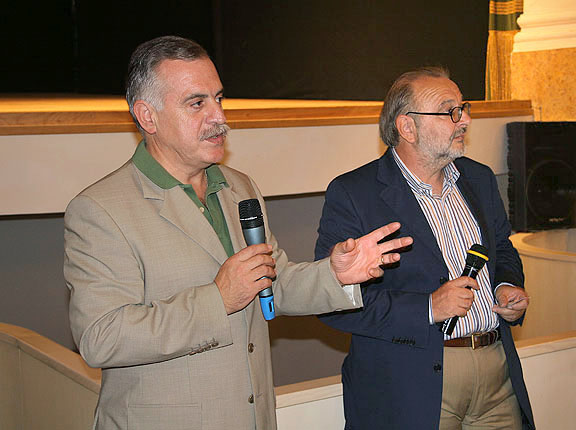 The very gracious Mayor of Camaiore Giampaolo Bertola and Ubaldo 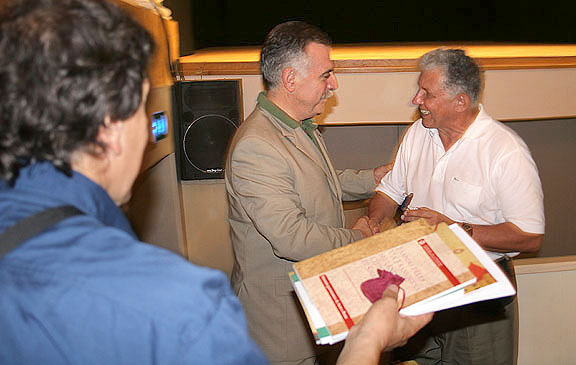 A representative of each family group that came from abroad receives some thank-you's from the city of Camaiore: Italian books of history and cuisine, and old coins of the city in a velvet pouch. Gary Lombadi and the Mayor. 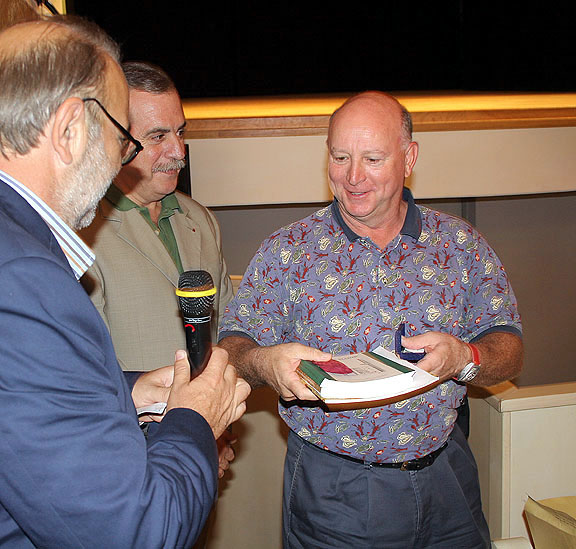 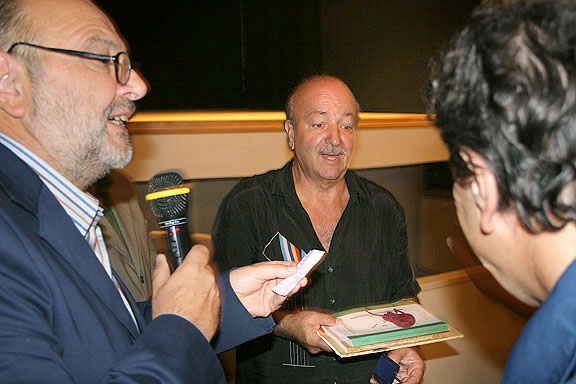 Rico tries to trade up for more coins 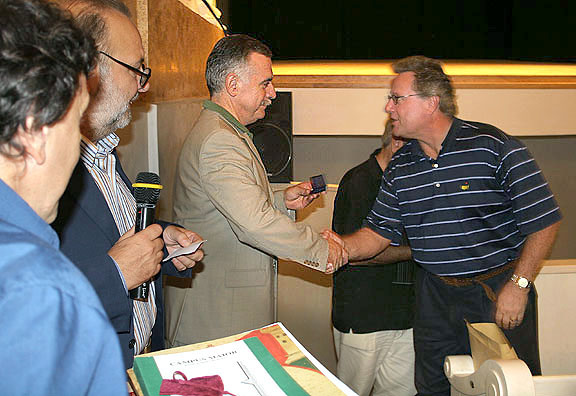 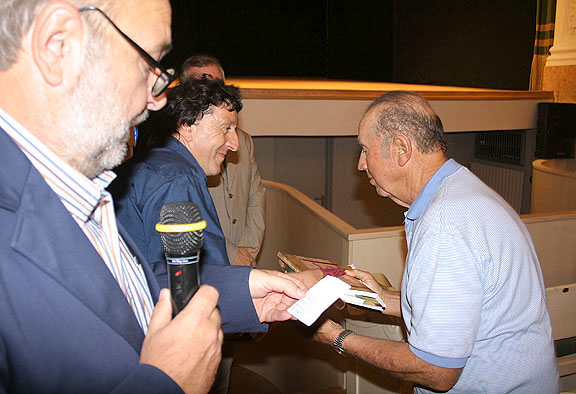 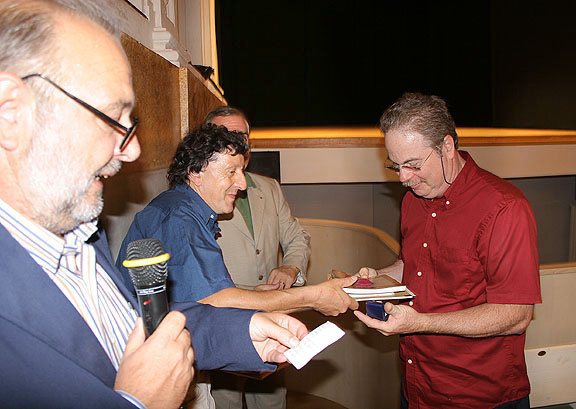 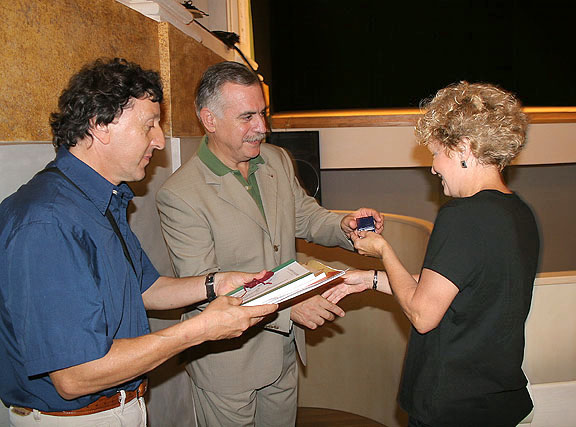 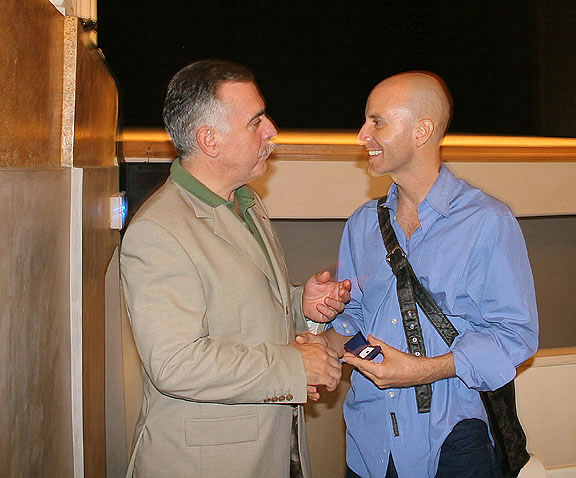 apparently my nose and chin are on fire 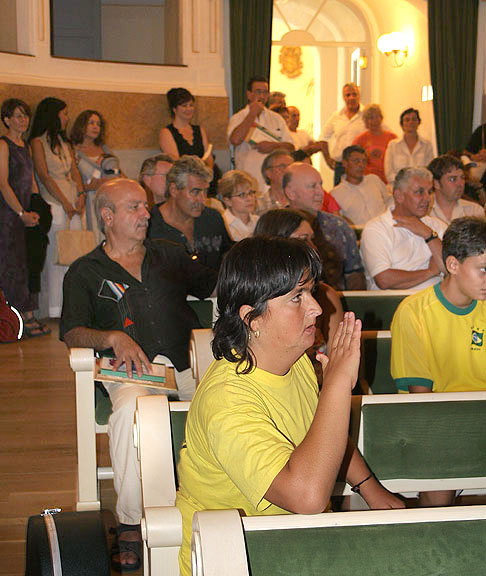 RETURN TO THE PHOTO BLOG INDEX